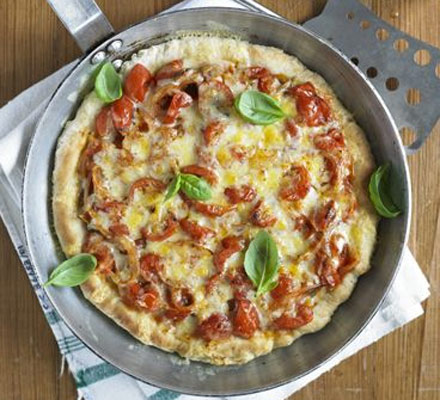 This is our second recipe, and, also, our second one from BBC Good Food, but it’s one the kids love, it’s really healthy, as pizzas go, and it’s something you wouldn’t expect to be able to do without an oven.

This recipe serves four people. If you don’t have a large enough pan, or grill, you can divide the ingredients in two.

MD and owner of the Woodhurst Group, including Praxis Accountancy Limited and Blue Sky Recreation Limited. Also Commercial Director of The Sky visor Group
View all posts by Alan Young →
This entry was posted in Camping Recipes. Bookmark the permalink.