Car Tax Changes, From April 2017. How Will They Affect Us? 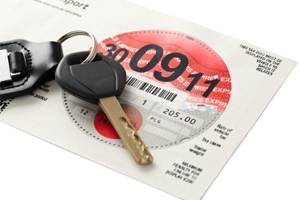 Many of us will be looking at increased car tax, on any new vehicles we buy, when the proposed new changes to Vehicle Excise Duty kick in on 1 April 2017. In fact, current estimates are that 70% of new car owners will be paying more than they would have done under the original scheme.

Some of you may be surprised to know (others, less so) that those hardest hit will be the lower emission models, who’s green credentials have, until now, kept car tax rates to a bare minimum.

OK, so we know a change is coming, but how, exactly, does it affect us?

Firstly, it’s worth pointing out that these changes only affect those cars first registered on, or after, 1 April 2017. Cars owned prior to that will continue to be taxed under the old regime.

Currently, all vehicles are taxed on a relatively straight forward basis. We pay an annual car tax, based on the emissions of our chosen vehicle, with all vehicles under 99g/km of emissions being tax exempt. I’m sure it will come as no surprise to many that the new system is due to be a little more complicated, and will be based on a three tier system, with different Vehicle Excise Duty (VED) rates for year one, as opposed to subsequent years. Thus, the current 13 band system will be replaced with a new 3 tier system, classified, simply, as; zero, standard and premium.

The new bands for VED will be as follows:

New VED System for All Cars Registered From 1 April 2017

What Does It All Mean?

So what does this all mean, for the majority of us? Well, as mentioned above, some 70% of drivers are expected to be worse off, under the new system. The vast majority of these, however, are going to be those who drive what were, traditionally, considered to be eco friendly vehicles. For those of us that tow, however, these new changes are likely to work in our favour.

This is because, once we get beyond the first year for any sub £40,000 car, we will be looking at a flat rate of £140 per year. For any cars with emissions of between 1 and 99 g/km this will represent an increase of £140 per year, however, for those of us with larger cars, and 4 x 4s, more commonly associated with towing, £140 is likely to represent a not insignificant saving on the current system.

Zero emission cars will continue to attract no VED, unless they cost in excess of £40,000. If they do, then even a pure electric car will still attract the £310 surcharge for the first five years. This gives us the somewhat illogical scenario that a £39,000 car, with ultra high emissions, of say, 250g/km will cost £140 a year (after year 1) to tax, whilst a £41,000 all electric car will cost £450 a year, for the first five years (£140, plus £310 supplement). Not a popular choice with the green fraternity, but a far more popular one with those of us who love to tow. Who would have thought it?

MD and owner of the Woodhurst Group, including Praxis Accountancy Limited and Blue Sky Recreation Limited. Also Commercial Director of The Sky visor Group
View all posts by Alan Young →
This entry was posted in News And Information and tagged Car tax, changes 2017, increases, Vehicle Excise Duty. Bookmark the permalink.